Picking Up The Pieces . . . And Moving Forward

Well, it seems I have been missing in action as far as any type of blogging goes for the past couple years. This is my attempt to catch up, and from here will continue to move forward. It has been almost 2 years since my world absolutely shattered. The sudden and unexpected loss of my father caused a ripple effect that touched every part of my life - family, work, triathlon, and then some. No sooner did I start picking up pieces then something happened to scatter them all again.

Despite the challenges, there were many bright spots . . . I have been lucky enough to continue doing something I am very passionate about, racing as a guide for the elite, visually impaired paratriathlete, Amy Dixon. Last June began the qualification period for the Tokyo Paralympics this year (2020), and I made her races my priority. The first race just so happened to be in Montreal, and our hotel was about 15 minutes from where my cousin, Alex Winkler, lives. It was so very cool to go have dinner with her, her boyfriend, and my aunt and uncle one night. 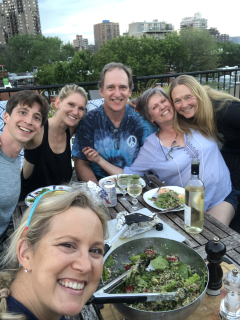 Rooftop Dinner with Amy, Pat, Alex, Peter, MaryLou and myself

The next race was a couple weeks later just a few hours away in Magog, and Alex kindly stored Amy’s tandem for us until we came back to race. Magog was an amazing race - with Amy digging deep to take 3rd in a sprint finish! 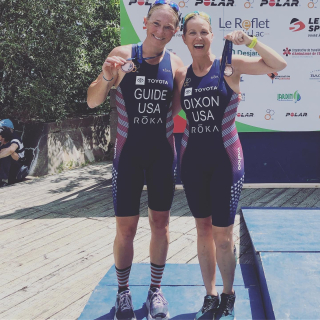 We then went on to race the Paratriathlon National Championships in LA, this was not part of the Paralympic Qualification, but it was an amazing race and we had an absolute blast. It was so special to stand on the top step of that podium with her!!! 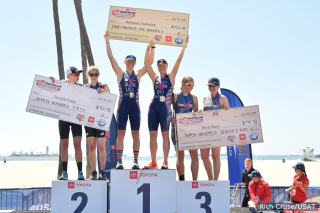 Pretty proud to stand on that top step with Amy!

Afterwards, I was able to travel with Amy back to San Diego and see where she lives and trains, and we did an ocean swim with a local group which was very cool.

From there we were able to go to Tokyo and race on the course where the Paralympics will be held this year. It was more challenging for us than predicted, as on the first lap of the bike course it felt like the rear wheel was rubbing. We later discovered there was a crack in the frame and the rear wheel was almost completely locked onto the frame where it collapsed down. Pretty scary - but we made it through.

We finished up the year together with the World Championships in Switzerland, which had a crazy bike course but was (of course) absolutely beautiful. 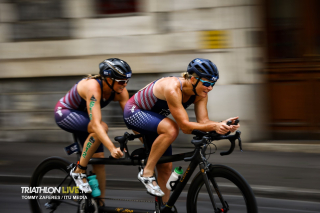 As far as my personal racing goes, it was a big year for me in that I turned 40 (gasp), and thus officially started racing in the Masters Division. I was able to do some of my very favorite races including Memphis in May, the Chattanooga Waterfront Triathlon, the Music City Triathlon and the Riverbluff Triathlon. I also raced in the National Championships for Duathlon and Triathlon. 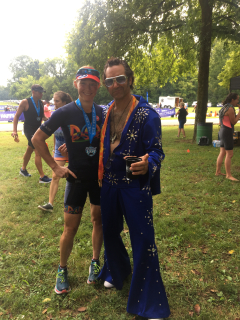 After the Riverbluff Tri - with Elvis

However, there are two events that were my personal highlights from the year . . . The weekend after I got home from racing in Switzerland with Amy, we hosted a Tri Camp at my house. This has been a LONGTIME dream - my father and I schemed about it for years, but neither of us ever had the time to put it together. However, with the help of an amazing coaching group (BPC Coaching) out of Memphis - it became a reality. The idea behind it was to have a long-course training camp for the folks getting ready for the late season longer distance races like IM Chattanooga, 70.3 Augusta, and IM Florida. We held part of the camp at the Carroll County 1000 acre lake - site of the Dixie Triathlon, which is about 15 minutes from my house, and had some open water swim practice and a nice hilly run route. We were able to host people to stay at the house, my husband Jeff cooked the meals, we had some informational sessions on gear and nutrition, and then a long ride and long run on some of my favorite training roads. It was just an absolutely incredible weekend, great people, great training, and when the weekend finished it left us with such happy hearts - definitely one of my favorite weekends of the year.

As a side-note, with the announcement of the Memphis 70.3 on October 3rd, BPC has put together an amazing training program with plans to do another tri camp at the “Winkler Performance Center” (so dubbed by Coach Dale Sanford, and the name has stuck) this spring. Definitely check it out, even if Memphis is not on your schedule. The coaches are just amazing, and it’s going to be a pretty fantastic time!

My other absolute FAVORITE weekend of the year just so happens to be the weekend right after the training camp. Last year I was absolutely dying because I was out of town for the inaugural Dixie Triathlon - the first triathlon located in my hometown. However, this year, I was home. And - it was INCREDIBLE. My aunt and uncle, my cousin, Alex, her boyfriend and another friend all came down. We had friends from Memphis come stay with us as well. The volunteers were mostly my coworkers from McKenzie Medical Center and my family. 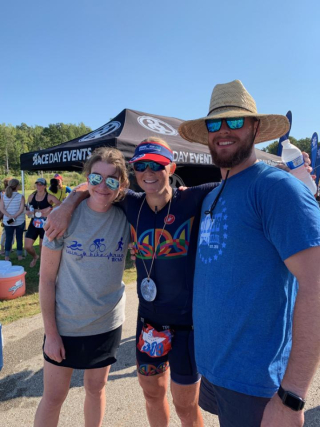 My favorite volunteers! My sister, Robyn and her husband, Fred.

So many racers were from the local tri community and close friends. The entire thing had this fun, supportive, encouraging vibe - it reminded me of my first triathlon and why I fell in love with the sport. There was live music afterwards, and everyone ate and swapped stories about the race, races past, and races yet to come. The awards were hand-made from local pottery and woodworking studios. Afterwards the celebration continued with a houseful of friends and family - and again my heart was full. If you have ever thought about doing a triathlon, or you are looking for a truly unique event, then put the Dixie Triathlon on your calendar. You’ll be so thankful you did. 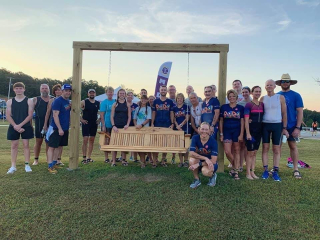 Looking ahead, 2020 is a HUGE year, as I continue to race with Amy Dixon. Our first race is rapidly approaching at the end of February. Qualification goes through the end of June, and we are ALL IN on qualifying, so I will try to post our progress and hope you will follow and cheer and help support us as we attempt this amazing goal. I have all sorts of things I have been working on and am excited to share with you, but I will save that for the next story . . . stay tuned! 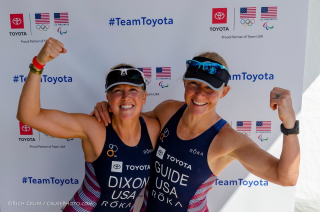 And, as always, Keep Moving Forward. 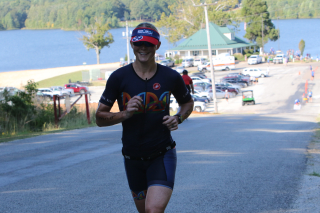 My favorite race pic from the year! Dixie Triathlon - transition and finish in the background. 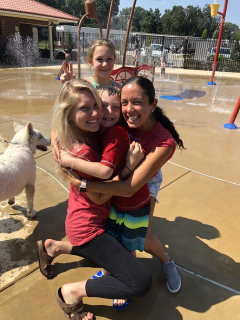 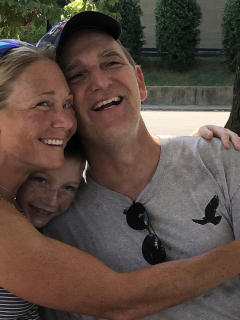 With my Uncle Peter and Sebastian 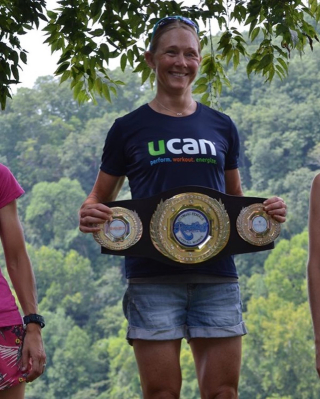 The AMAZING champion belt from Riverbluff Triathlon - to be passed to the next winner! 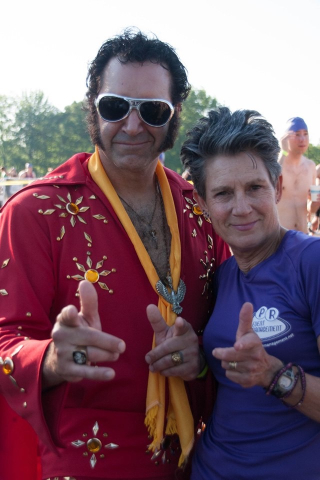 Elvis and Pam Routh - Memphis in May Triathlon 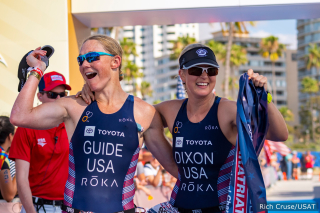 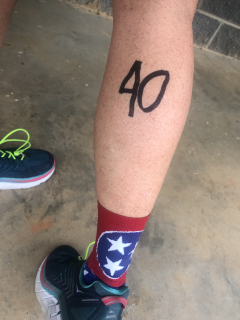